Download File
SoFloPoJo presents Len Lawson & Gary Jackson, The Future of Black
SoFloPoJo presents Landon Godfrey and Ben Kline
SoFloPoJo presents Denise Duhamel & Maureen Seaton, and George Wallace
Video By Guilherme Bergamini & Luiz Gomide, and Jeronimo Speaks
Video By Jillian Hanesworth & Stephen Rosenthal
SoFloPoJo presents Linda Nemec Foster & Sandra Yannone
Aug 2021: Asantewaa Boykin,  Regina YC Garcia,  Kuf Knotz,  Kelly Mays, &  Joni Renee Whitworth
& from our archives: Brandon Leake performing "I Remember"
From our Archives:
​Brandon Leake, founder and CEO of Called To Move – CTM, roots lie in the ghetto’s of south side Stockton, California.  In 2012 Brandon started Called To Move – CTM at Simpson University with a small group of artists just trying to share their gifts and encourage others to do so, which has lead its way into inspiring others through poetry all across the country. Brandon Leake released a debut album entitled, “In My Thoughts”, which lead him to traveling from Los Angeles to New York and everywhere in between for a year and a half performing his pieces, leading spoken word poetry workshops, and keynote speaking.
May 2021: Carmine Di Biase & James Charles Woodward,  ​Linda Nemec Foster,  Julianne King,  Guy Serle
Carmine Di Biase & James Charles Woodward: Poem & Narration by Carmine Di Biase. Directed by James Charles Woodward; music by James Charles Woodward.
Linda Nemec Foster‘s poem, “City of Stone, City of Trees,” was selected to be produced as a video/poem with watercolor animation by Matvey Rezanov (who worked on the Oscar-nominated film “Coraline”) and music score by Lena Orsa. The piece was screened at the REELpoetry Video/Film Festival sponsored by Public Poetry in Houston. The Festival’s program was presented online to an international audience February 24-28, 2021.
Julianne King is a writer, actor, and mother based just outside of St. Louis, Missouri with her wife and six kids. She enjoys Slam-poetry style piece that illuminate injustice and annoyances with the world at large in the hope of making the world a more aware place.
Guy Serle writes poems and makes filmic adaptations of said poems. And he'd better! He didn't spend thousands on a B.A. in English and cameras for nothing.
Zion “Zee” McThomas

https://nomadprod365.wixsite.com/nomadzee/poetry​
Zion “Zee” McThomas was born in Natchez, MS in April of 1996. She has been performing poetry since the age of seventeen. She published her first book of poetry, Ramblings of An Ain’t in 2018 and was featured in the LGBTQ anthology Bible Belt Queers. She currently resides in Land O Lakes, FL as a preschool teacher.   ​https://nomadprod365.wixsite.com/nomadzee
Marissa Glover
Marissa Glover teaches writing at Saint Leo University, hosts the Friday Night Open Mic event series, and shares her thoughts more than necessary, which she considers a form of charitable giving. If it counted as a tax deduction, she'd be rich. Marissa is co-editor for Orange Blossom Review and poetry editor at Barren Press. Her poetry has appeared in The Lascaux Review, Stoneboat Literary Journal, After the Pause, War, Literature & the Arts, and SWWIM Every Day, among others. You can follow Marissa on Twitter @_MarissaGlover_.
Thylias Moss & Bob Holman  ​
​Thylias Moss is 65, has had 14 books published and has won some significant awards, including a MacArthur Genius Grant and two nominations for The National Book Critics Circle award, but she is most proud of Falling in Love with the man, a Spoken Word Artist,  Mr. Bob Holman, who the poem is about. Love is not just for the young.  Forthcoming  is a collection of Poetry Shawsheen Memorial Broom Society in which Mr. Bob Holman, is the Primary Collaborator, and other collaborators are her son and her stuffed animal mammoth.

Bob Holman’s  poetry has traversed genres, styles, and media since the 1970’s, when he began Directing Poets Theater Productions by Mayakovsky, Artaud, O’Hara and Others at St. Marks Church.  He is 71 and has published 16 books including Sing This One Back to Me.  Catch him at his Bowery Poetry Club in Manhattan. He is also a primary Collaborator in the collection of poetry, Shawsheen Memorial Broom Society by Thylias Moss, a collection that perhaps this promoter will also promote.
Amani Edmonds-Torres
Amani Edmonds-Torres is from a city outside of Chicago, Illinois. He fell in love with poetry at a young age. He credits a 10th grade poetry assignment and multiple incarcerations as the inspiration to change from fighting those that bullied or mocked him to writing to inspire the people he loves and try to do right by all.

Arturo Desimone, Arubian-Argentinian writer and visual artist, was born in 1984 on the island Aruba. At the age of 22 he emigrated to the Netherlands. He is currently based in Argentina (a country two of his ancestors left during the 1970s) while working on a long fiction project about childhoods, diasporas, islands and religion. Desimone’s articles, poetry and short fiction pieces have appeared in CounterPunch, Círculo de Poesía, Acentos Review, New Orleans Review, DemocraciaAbierta, BIM Magazine. He writes a monthly blog on movements in Latin American poetry for Drunken Boat, ''Notes on a Return to the Ever-Dying Lands''. https://arturoblogito.wordpress.com/
Ryan "Roc the Prophet" Jordan 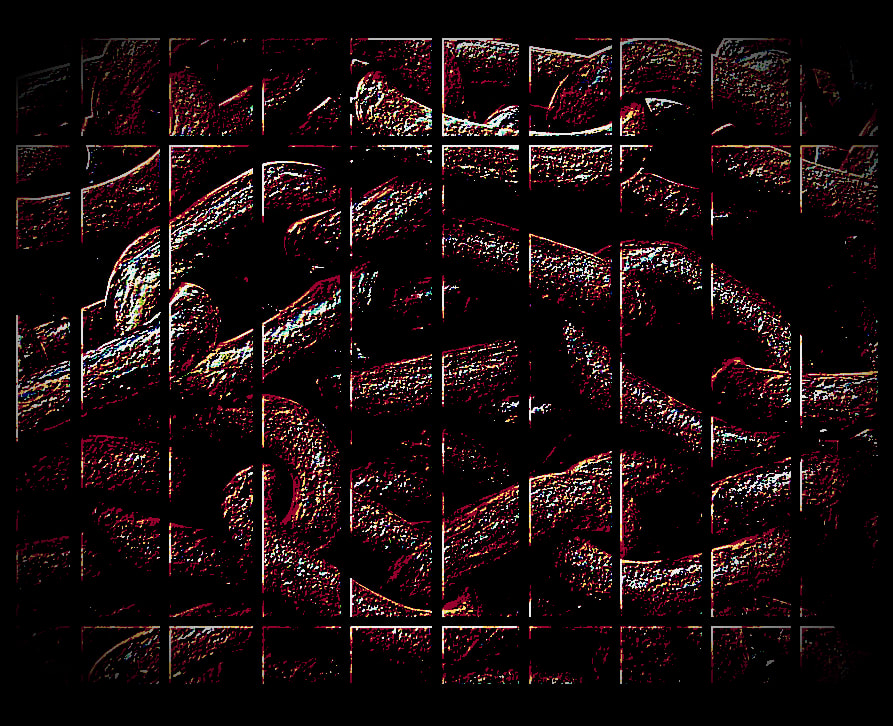 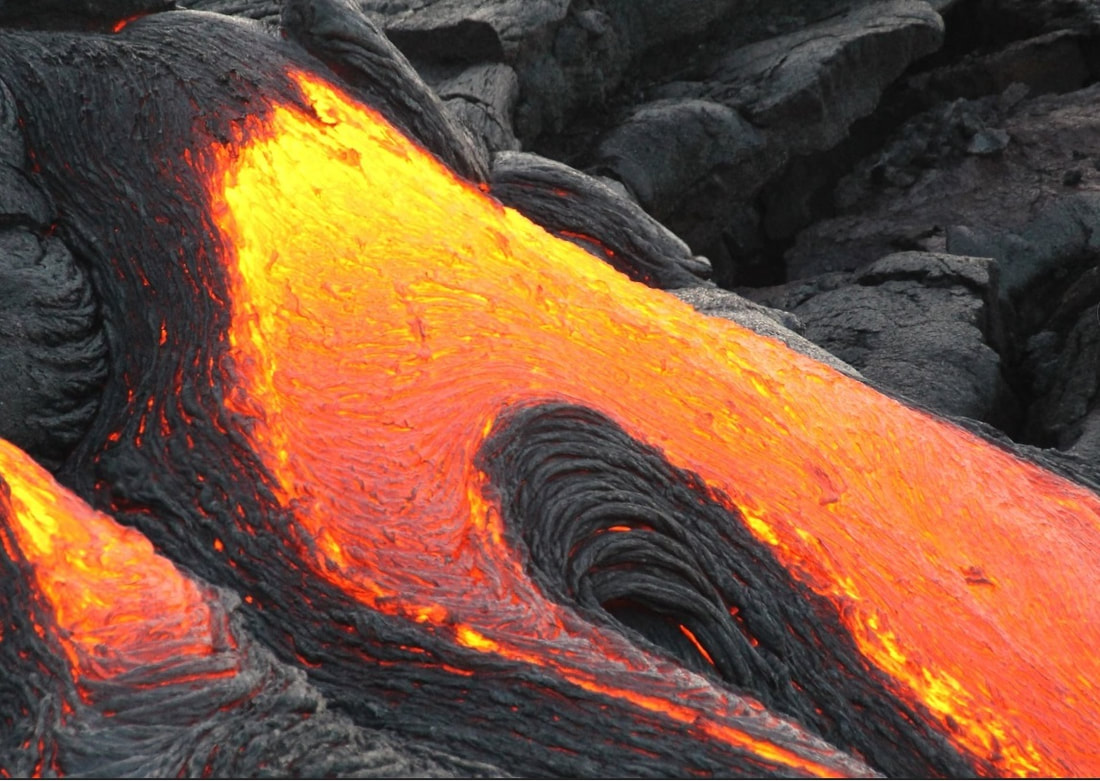 Ryan Jordan currently lives in Port St. Lucie, Florida but is originally from Kansas City, Mo.  He started out writing music at the age of 10 and received his Comprehensive Audio Engineering Certificate in 2011 from the Florida Institute Of Recording Sound & Technology. These two pieces were recorded & produced in his home studio. The soundscapes were created from scratch to enhance the listening experience & to add depth. Headphones are recommended.

Susan Marie is a Spoken Word Poet, Writer, Author, and Broadcast Journalist. She appeared in South Florida Poetry Journal's Interview With A Poet in September 2017  You can find her website at  Susan Marie

Marcia Pelletiere is a poet, singer/composer, and interdisciplinary artist. She has also taught classes and workshops in creative writing, language arts, and ESL at various colleges and arts organizations in NYC and NJ. Marcia was born and raised in Massachusetts, spent the next 28 years in NYC, and now lives in NJ.
Check out this and other incredible Marcia Pelletiere videos at:
​http://www.marciapelletiere.com/
​https://vimeo.com/130981317

Winston Plowes: Notes from the original posting: "Background - Following the launch of this years Hebden Bridge Arts Festival and the exhibition of photographs from last year, some visitors to the Town Hall may have noticed an antique typewriter on a table in the foyer. Some of you may even keyed in some words about the photographs and your thoughts. In the latest development of Festival Pop Up Poet Winston Plowes' project Type Cast he has taken this long thin spool of words and edited it (rather like a film might be cut and spliced). The resulting 'found poem' has been recorded on film and set to his voice and a backing of typewriter sounds."
Larry Rhu
Larry Rhu lives in Columbia, SC. He has published books and essays about the European and the American Renaissance. His poems have recently appeared in Fall/lines and Pinesong and online in Conversations, Quorum, and Jogos Florais. He was a Fulbright lecturer at the University of Lisbon in 2005 and 2016.
​Images contributed by Karen Murphy.

for my landlady, Felicidade

Midway through your bilingual “Song of Myself,” I find
a shopping list with pão at its head. As I read on,
the rendering of “I believe a leaf of grass is no less
than the journey-work of the stars” in Portuguese
translates me west-by-southwest overseas to the High Road
to Taos and Española’s low-riders, north of Santa Fe
where tourists succumb to night skies though locals take
what’s given for granted.

In Lisbon, my day’s work done,
I return to rented rooms lined with books in Portuguese
passing mosaics of Camões swimming for Goa and Pessoa--
four of him, at least, all dreams with souls all their own--
Moorish geometries and blue and white azulejos,
wall after wall bearing tales, Latinate words and names
opening up, vowel after vowel, even at the Metro stop:
Roman arena becomes A-re-e-i-ro.

The train’d soprano
sustains those sounds in my inner ear, rewording
the world of Leaves in another’s mother tongue.