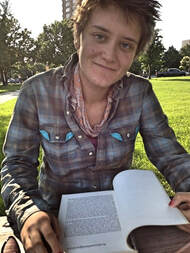 Picture this: a gay man moves from Arkansas to San Francisco. A talented writer, he publishes poetry in esteemed journals. The poet happens to come to San Francisco in the early 1980s in the midst of what would grow to become one of the most egregious public health crises of our era. The poet documents the emotional tenor of gay San Francisco at that time. At some point, the poet himself is infected with HIV. He signs up for a potentially successful treatment, but he is mistakenly told he is no longer eligible. Facing a death sentence, the poet jumps off of a bridge. Have you seen this man?

No book of his work has been produced until now. Twenty-five years later, the story of this poet is as compelling as his poetry itself. The poet is Karl Tierney.

Collected for the first time, Tierney’s poems themselves are stories of beauty, plague, cynicism, loneliness, anger, desperation, intelligence of the body, sex, community, and dystopia. As Jim Cory writes in an introduction that brought me to tears, “…Karl [Tierney] had arrived at a conclusion many gay men reach, which is that simply finding your way into this world of like-minded beings, which in the ‘70s and even in the ‘80s took some work to do, guarantees no satisfaction in and of itself…” How can a person be so lonely when surrounded by so many others with shared queer experience? It is too familiar a queer feeling: to be criticized, ignored, or even loathed by one’s peers. Perhaps the only way out (at least for a poet) is through documentation and the humor that comes through honesty.

Tierney’s poems are direct, frank, and true. Such an authenticity takes some work for a poet, and Tierney achieves this through his very interesting crafting of a declarative, unapologetic speaker who’s reliant on incision rather than pattern. There is not really a Dionysian idealization or gay activist yell, but a speaker “buy[ing] you a sneering drink…/returning the naked cruelty.” I have spent a lot of time with this book and continue to be unable to locate where the speaker is situated. Is he above me? Behind me? Beside me? The speaker is no tour guide, but he isn’t a friend, either; he’s not a particularly trusting fellow. No, this speaker knows too much for trust anymore. There’s a fine line between cynicism and insight, and this speaker has me acutely aware of it. From “Postcards from Abroad”:

“I must tell you, I lied.
Everything is not okay,
my disturbance deeper than anxiety.
I’m afraid of owing the world something.
From the picture you can see his tomb.
Paris so grand, but all roads
lead to Rome, making a neat seam.”

Who is this speaker and what can he teach me about loneliness? Tierney derived his speaker from a gay landscape which was becoming, literally, more and more lonely due in large part to governmental contempt of gay people. Cory writes in his ever-contextualizing introduction of a friend who said of another man in the late ‘80s, “He said I was the only person he knew who’d tested negative for the virus.”

Tierney writes about incredibly intelligently about “…years of never making muscle, then presto—/a powerhouse of loneliness!...” In “Envy,” he writes, “In your loneliness, you dwell on what you lack.” Elsewhere, the speaker says, “The rest of us…/are essentially nincompoops lonely at the core.” And this: “When you’re dying of thirst, you’ll drink from a mud hole.”

Straight culture finds it easier to reduce gay people to a few flat and tired tropes even as it has started to “accept” us. I find the refreshing absence of a straight gaze in Tierney’s work. This may not be revelatory for readers who’ve engaged with more 1980s gay poetry than I have, but in 2020, I often observe (and write with) an awareness of the straight reader, which often leads us to lionize our community defensively instead of plumbing its flaws. (This is, of course, another kind of respectability politics.) This new kind of queer self-consciousness in poetry is a product, I think, of the way in which straight culture has claimed to start subsuming us.

Tierney writes, “Oh, take me home. You’re dumb and homely but still warm,/unique in every way.” Separated by time, crisis, gender, and experience, I find so much to identify with in these poems. ​

​Freesia McKee is author of the chapbook How Distant the City (Headmistress Press, 2018). Her words have appeared in Flyway, Bone Bouquet, So to Speak, Tinderbox Poetry Journal, Virga, Painted Bride Quarterly, CALYX, About Place Journal, South Dakota Review, New Mexico Review, and the Ms. Magazine Blog. Freesia is a staff book reviewer for South Florida Poetry Journal. Her reviews have also appeared in Tupelo Quarterly, Pleiades Book Review, Gulf Stream, and The Drunken Odyssey. Freesia was the winner of CutBank Literary Journal’s 2018 Patricia Goedicke Prize in Poetry, chosen by Sarah Vap.
​Find her online at freesiamckee.com or on Twitter at @freesiamckee. 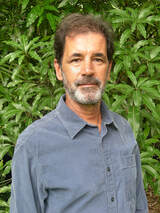 I’ve admired the poetry of Bob Arnold since the day we met, in 1982, when he gave me a copy of one of his first books, Thread, as we stood talking in the snowy street in front of a Laundromat in downtown Brattleboro, Vermont. The poems, spare, sparsely-punctuated, precise and drawn directly from Arnold’s life as a stone and wood builder in the hills of southern Vermont, moved me for their clarity of detail, authenticity of voice and profound but lightly- worn knowledge of place, tools, and—most moving to me—love for his wife, Susan. Arnold had (and has) a gentle eye and a sure knowledge of how to make things solid and plumb. Beyond these felicities, he was obviously a deeply-read, profoundly educated poet, someone who had navigated not just the main rivers of American and world literature but had actually worked those flows upriver to their springs and sources, and on into the deeper woods beyond. These qualities were manifested in the clear-eyed forms of his poems, in the sophisticated ways he handled their turns of phrase and subject.
A serious student of poetry myself, I admired Arnold’s craft; what I loved though was the presence of the man himself in the work. These were poems whose art served to illuminate a life, and they did so in ways that felt very different from most poems I encountered, which seemed glittering but shallow by contrast. The best work here communicated a clarity of mind (and heart) reminiscent of ancient Chinese hermit poets—deeply personal, intimate, even idiosyncratic evocations landscape and self.  Unlike his mostly aristocratic Chinese masters, however, Arnold actually worked the land—with his hands—to make his living. Also unique, and uniquely satisfying: all of Arnold’s writing was undergirded by that aforementioned love for his wife, Susan, and later for his son, Carson.  Once gleaned, these qualities were evident in every line he wrote. Here’s a poem from that early book:

Since the late 1970s, Arnold has published at least thirty books and chapbooks of poetry and prose, and he and Susan have served as literary executors of the estates of poets Cid Corman and Janine Pommy Vega. Through their Longhouse imprint, they have maintained an extensive bookstore, publishing venture, website and lively blog. All of these enterprises are well worth our attention. Still, it is Arnold’s writing that holds my primary interest. Heaven Lake, published by Longhouse in 2018, explores subject matter that has been central to Arnold’s work since the beginning: ordinary life transformed into vivid illumination through the power of loving attention and craft. The best of these poems seem to have arisen naturally, like grace, from moments of respite from the day’s work, or simply from stepping outside to look up at the stars; they have an unforced immediacy and beauty—and many of them sing like rivers and wind: reminders of the vividness of our singular lives:

Many years married please know
Is many years loved

In this hut we made from our own hands...


Heaven Lake contains many such beauties. Arnold’s best work reminds us of vital strains in American poetry that have been largely overlooked in our present moment, distracted as it sometimes seems to be by fashion and careerist clamor. Obvious non-Chinese mentors include Thoreau and Snyder. Equally deep and perhaps more central to Arnold’s work, though, are lesser-known figures such as Corman, Loraine Niedecker and James Koller, among many others. As widely as Arnold’s influences range, though, his best poems remain always and only his own, rooted in his home ground and family. His work never devolves into obfuscation or mere irony. We never scratch our heads perplexed, and we’re not asked to admire the poet’s rhetorical flourishes. Instead we revel in authentic observation that often feels like a form of communion:

Inches from my hammer blows


For me, the only sour moments in this fine volume describe the aftermath of a hurricane and resultant flood that washed out roads and wreaked devastation on Arnold’s backwoods Southern Vermont community. In these longer poems, the poet occasionally embraces a condescending and judgmental tone that may well have been a justified response to the actual circumstances but comes across as self-righteous and small-minded in the poems. The modulations and clarity of Arnold’s best work are all but nonexistent here:

...so things became unfortunate
we broke apart the campsite ourselves
dealt with the young men and all that ugly
further worse with the mother, never mind
the majority who live on our road, siding
against us and believing people should be
able to do as they wish
except of course when you wish to do it to them


overnight the world had become rotten
or to be kinder—confused...
(“The Hurricane and Its People”)

Although this poem attempts a note of grace in its closure, that grace fails to rise organically from what has preceded it, and thus it feels tacked-on and forced. Further, as we can see from the quoted passage, the writing is uncharacteristically tangled—and it’s not the kind of tangle this reader feels inclined to pull apart and reweave into useful rope.
Such small flaws in abeyance, Heaven Lake is a book to savor and reread, as are all of Bob Arnold’s books of poetry. The clarity, honesty, deep knowledge and love in his work are hard to find the likes of in  contemporary poetry—or in the world at large—and resonantly valuable, a drink of icy spring water on a hot day of work, a glimpse into the very soul of a well-lived life, moments of lovely gentle intensity, caught on the page:

On the coldest day of winter
25 below...

scaring all
our cats


Michael Hettich’s most recent book of poems, To Start an Orchard, was published in September, 2019 by Press 53. Other books include Bluer and More Vast (Hysterical Books, 2018), The Frozen Harbor (Red Dragonfly Press, 2017) and Systems of Vanishing (U of Tampa Press, 2014). His website is michaelhettich.com.