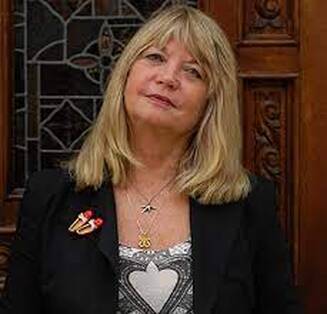 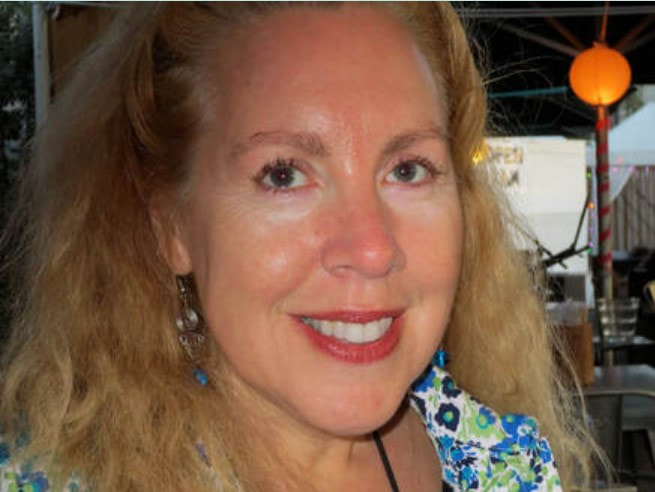 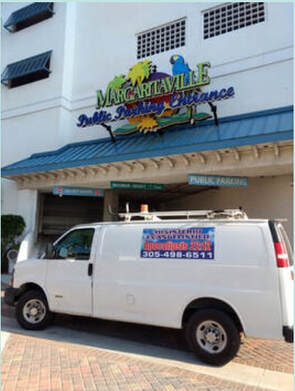 David Trinidad: What is your first memory?

Denise Duhamel: Trying to get my sister (who is one
year and four days younger than I am) out of her crib.
She was standing up, holding on to the bars, like a jailed
toddler.  I, a toddler myself, thought I could squeeze her
​through.  My guess is I was two and she was one.

David: Can you describe your childhood landscape?

Denise: I was born weighing eight pounds with lungs
full of fluid.  I was put in an incubator with a row of
mostly preemies. My dad liked to tell this story.  As
relatives lined up to scan the row of at-risk infants,
they gasped when they saw me—as I was at least double
the size of the  others.  I guess that beginning colored
my childhood.  I was always sticking out one way or
another.  I was never going to easily blend in.

I had severe asthma so there were lots of doctors and hospitals.  But there was
also hilarity—my Grammy and Aunt Shirley were both great joke tellers.  My
mom and dad too.  My dad was a baker and my mom was a nurse.  They both
wore white to work.

David: The centerpiece of your new book, Second Story, is a terza rima epic, “Terza Irma,”
about your experiences during Hurricane Irma in 2017.  Not only do you follow the
rhyme scheme to a tee, but each line, as far as I can tell, is nine syllables.  What was it like
to sustain such a strict form?

Denise: It was so helpful to have Dante as my guide, though my hell was of a watery (not
a fiery) kind.  I’d kept a notebook during the evacuation, the destruction, and the
long cleanup.  When I went back to the notebook, I was sure I would find kernels
of prose poems.  Instead I found terror-filled rants and blathering—not much
really that sounded like poetry except a few good images and the dates I could
use as time stamps.  I’m glad now that I wrote down the dates as these helped
me reconstruct each day.  The poem (26 pages!) took a year to complete.  I had
never worked so strictly before, but I loved the painstaking line-making.  It was
slow and hard.  I got into the music of the poem.  It was a lot like rebuilding after
the hurricane.

David: Second Story also includes some beautiful elegies to your father.  Are you able to write
about loss as soon as it happens, or do you need time before you can address it in your
work?

Denise: Thank you, David!  It took me a few years to be able to write about the loss of my
father, though I did write a collaborative eulogy with my niece for his funeral.
We used Joe Brainard (and yours!) “I remember….” poems as our guide.  My
niece and I alternated lines, hers from a granddaughter’s point of view and mine
from a daughter’s.

My mother passed this summer and I couldn’t write a eulogy— my niece did it
on her own this time.  But I have been writing poems about my mom nonstop
ever since.  I’m not sure why I responded differently—maybe because my dad
died suddenly and my mom’s illness and death was much more drawn out.
When I divorced (the other great loss) I wrote about it as it was happening—as a
way to get through it.

David: In a similar vein, is there anything that’s so personal or painful you’ve never been
able to write about it?

Denise: So far, I have been able to write about pretty much everything.  Sometimes
when I feel scared to put something down on paper, I write “I’m afraid to write this
but…” then I can write what I need to.  I can always shred the pages or save
them for later when I feel ready to dive in.  There are finished poems I have
chosen not to send out for publication, but they are very few.

David: I recently read these lines in John Wieners’ poem “The Cut”: “Why is it a major poet
seems impossible / to write about, while the ingratiating success yields / odes of dazzling
elegy & national award.” Do you think there’s any truth to this sentiment?

Denise: In an interview, John Wieners confessed, “I try to write the most embarrassing
thing I can think of.”  My confession is that I am pretty embarrassed that I care so
much about success and awards.  It’s humiliating and undignified.  My “higher
self “ cares only about the poems—mine and the poems of others that have
meant so much to me.  But, if I let it, my id runs wild screaming “Why not me?”
Or “Why not my friend X instead of this guy named Y?”  So yes, I do think there
​is truth in these lines of “The Cut.”

David: How has the pandemic affected your writing?

Denise: It slowed me down at first.  I was simply in survival mode.  My mom went into a
nursing home in Rhode Island in late December 2019.  (I know—what bad
timing!)  I had promised I’d fly in from Florida to visit her once a month.  Then
everything shut down and she couldn’t have visitors.  Her nursing home was
devastated by Covid with many deaths—my sister and I would get a terrifying
weekly update of the cases.  I still have pretty bad asthma so I was also scared to
get the virus.  It wasn’t until Tupelo Press invited me to write a portfolio for Four
Quartets: Poetry in the Pandemic that I sprang into (writing) action.  I was grateful
for the “prompt” as I wrote well beyond those twenty pages.

David: I’m sorry these questions have been so serious.  What gives you pleasure or joy?

Denise: Poetry is serious business!  Or seriously fun business.  I love walking and try to
take a 90-minute walk every day.  I have no expectations for my walk, only the
walking. And I absolutely love dancing!  I wish there were more
intergenerational places to dance.  One of the reasons I love to go weddings is to
hit the dance floor.

David: What was the last dream you remembered?

Denise: I came out of the supermarket and saw my car being towed.  As I started to run
towards the tow truck, the shopping cart pulled me along, helping me to run
faster.  Then I was in the shopping cart, driving it, as though it was my car.

David: You seem utterly free to be yourself in your poems.  Was this difficult to achieve?

Denise: It was at first, but not now.  I remember one of the first short stories I wrote as an
undergrad was about a girl who had a beloved horse.  It made no sense.  My
teacher asked, “What do you know about horses?”  Of course, I knew nothing.  I
grew up in a working class family, in a dying mill town.  Plus I was allergic to
horses!  The teacher said I should write about something I know so I wrote about
my experiences as a fourth-grader in a children’s hospital.  I was able to take that
advice and hold it close when I started writing my poems.

David: You also seem to have no problem voicing your political opinions in your work.
What is the value in writing overtly political poems, and does it matter if they might
not have lasting power?

Denise: I think it’s important (for me at least) to have politics in my poems--the personal
is political as Adrienne Rich said.  But even beyond that, I want my poems to
demonstrate I was alive at a certain time and I didn’t have my head in the sand.
Other poets get their time and politics in too, some more obliquely than others.  I
guess I want my readers to know that I also engaged with the larger world.  As to
“lasting power,” who knows?  My colleague and friend Campbell McGrath
points out that even the most famous poets are best known for two or three
poems tops.  It kind of takes the pressure off when I think of it that way.

David: Which book have you read the most times?

Denise: The Catcher in the Rye.  I reread it every summer for at least a decade.

David: Which movie have you seen the most times?

Denise: The Wizard of Oz.

David: You frequently work in poetic form.  What makes you decide that a poem needs to be a
sestina, a pantoum, a villanelle, or some other form?

Denise: I think of traditional forms as a way of building a poem.  If I need help with the
scaffolding, if I’m not following a free-write or automatic writing session to a
satisfying conclusion, these forms are invaluable.  This sounds kind of witchy,
but I’ll say it anyway—when I am not sure what I am supposed to “say” next, a
formal structure is like a planchette on a Ouija board helping me discover the
next line.

David: In the past you’ve expressed your appreciation for Edward Field.  Can you talk a little
about his poems and what they’ve meant to you?

Denise: Variety Photoplays is one of my favorite books!  I read it first, before Stand Up,
Friend, With Me.  Edward Field is one of the funniest poets ever and also one of
the most devastating in terms of truth-telling.  His use of pop culture is never
flimsy and always tender.  I was lucky enough to meet him when I lived in New
York City.  I was teaching composition and telling him what a horrible time I was
having with students who were writing five paragraph essays about their
favorite seasons.  Not only was I correcting grammar, but I was falling asleep
because of the deadening subject matter.  He suggested I have them write
“Things I Could Never Tell My Mother” and at least I’d be reading something
interesting.  It was a brilliant idea!  I wrote a poem of my own poem with that
title and had my students write essays with that title.  It was the first time I
understood what a prompt was.  When I went to graduate school, we didn’t use
them.  I was hooked.

David: Which poets do you turn to most often—for enjoyment, solace, inspiration?

Denise: You!  (Don’t blush.)  Ai, Jan Beatty, Terrance Hayes, Dorianne Laux, Sharon Olds,
Maureen Seaton, Tim Seibles, and Patricia Smith.  There are many others, too, of
course.  I’m afraid if I make the list any longer, I’ll leave more and more people
out.

David: Can you describe your most unpleasant encounter with another poet?

Denise: Yes.  I was sexually harassed as a grad student.  He was a famous poet.  Very
scary.  Very yucky.

David: Which of your poems is your favorite, and why?

Denise: I think it may be “Playa Naturista.”  The poem originally appeared in The Star-
Spangled Banner and was reprinted in Queen for a Day.  I pick this poem because
so many of my earlier poems are about what used to be called “body issues.”
“Playa Naturista” is about body acceptance and the glory of the body.  This poem
was some kind of turning point for me.

David: Can you tell me something you’ve never told anyone else?

Denise: I once ate half a sleeve of Pillsbury raw sugar cookie dough when housesitting
for a friend.  Then I walked the streets trying to replace it.  For some reason
(maybe it was near Christmas?) there was no sugar cookie dough to be found!  I
finally just bought another flavor (chocolate chip) and put it back in her fridge.
I was in my twenties and so was she.  She never noticed.  Or if she
noticed, she was too polite to say anything.

David: Is there anything you wish I would ask you?

Denise: No, David.  This has been fantastic—and I have probably already revealed too
much.