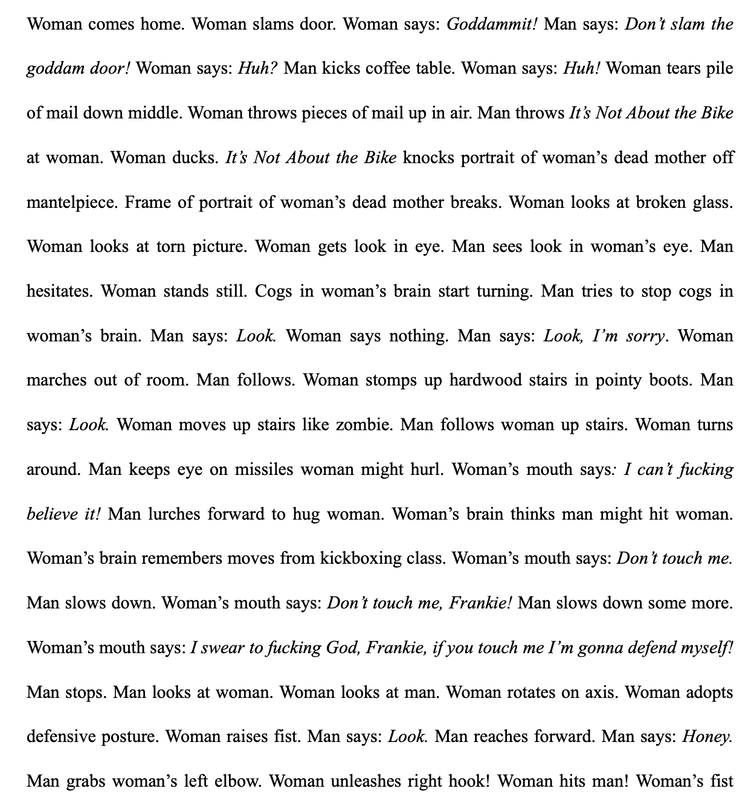 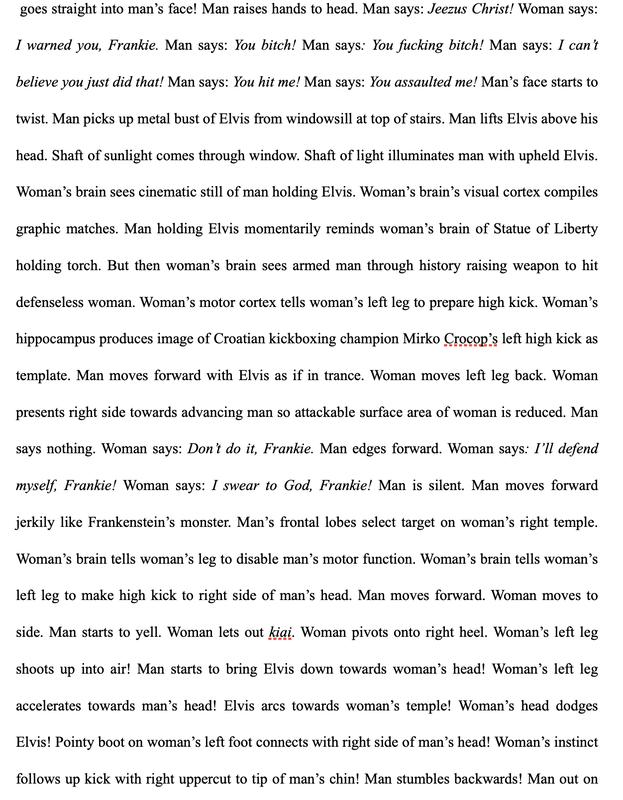 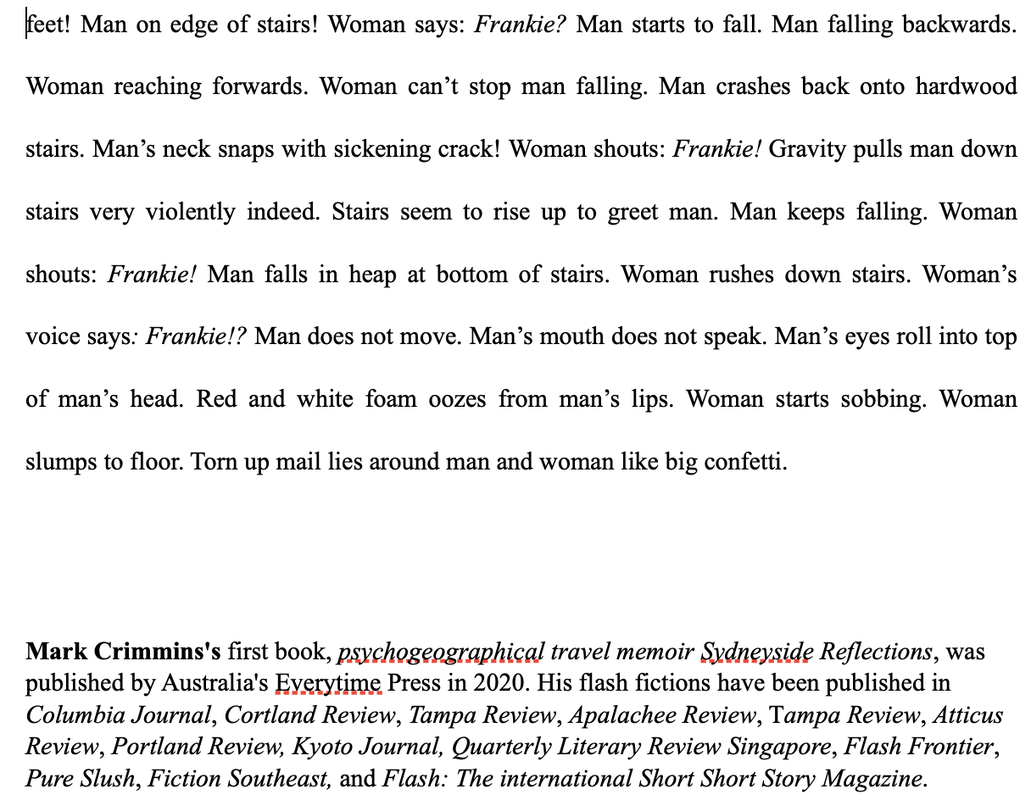 There was a time when I was a horse that knew it was a horse. I was a horse for ten years in upstate New York during the 1930s. I had a few brothers who were wild and could not be tamed. Eventually, they were shot. Mr Moses, the farmer, had my brother boiled for glue. As it was, a horse has no feelings, and so I did not hold a grudge to the human though since coming to life as a human, I now fault Mr. Moses. I learned to hate. I hate what he did to my brother horses. But he's long dead and there is no undoing what he had done. So I try to forget my dead horse brothers. I met a woman last week who said she used to be maple tree in the 19th centaur. She lived in Mississippi along a tributary of the big river. She told me that among the events that made her life most living was when children built forts in her branches, and when birds of all kinds nested in them. Maureen, that is her name, said that one time an old trickster, she named him Philo, came and lived under her leaves. Each day he would go into town and snatch anything that sparkled in the sunlight. Then Philo would go about pretending the weird objects were from another star. Some called him a fortune teller. But he wasn't. Philo was bad man with bad intentions. One time I saw him showing a sparkling do-dad to a boy, and that boy up and vanished in plain sight. It was like the bright thing took him. So one windy night during a storm, I called my friend lightning down to visit Philo. I am not proud of it. I did not want to hurt anyone, not even the cruel Mr. Philo. But I could not abide him stealing children the way he done. I hope to find that boy some day, and who knows how many others, living a new life as an owl, or maybe an orange tree somewhere in Florida. Maybe one of them could be a stone warmed up by the sun, and cooled off by the stars. Who knows? 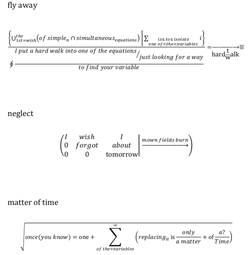 Look at me. Father, you’ve been so long dead, and yet
I keep you as my witness. I never could act
alone. In suicide, I called Mother to help
when the pills failed. In love, I call for you. Father,
I’ve kept you from the peace of ashes and earth. Deep
apologies for such a summoning. You’re nothing
but a back door. I open to find myself inside.
You’ve been dead twenty years. Your death has been a life.
He offers me another, calling meenay, though
I write to you. I step out, step through, into
Italian rain. I’ll close the door behind myself.
No longer can I lie, dad, beneath the pine tree
at your grave. I must live with this boy unlike me.

I understand you. That is, I know
the daylight you’re reaching towards
and the dark box you reach from.

I know your shape, your gait, your hands
as they pluck the plaid from your soft belly;
I know your belly, that you want no one to see.

I know, or rather I understand, the glasses you wear
—their small, black frames—how at night,
before bed, you cherish your blindness.

When I lived at the beach, a hermit thrush
flew into my window, again, again.
People told me it meant

a death must be near. I don’t believe
such signs. To me, he wanted only to be
warm, to be fed, to come inside.

You, aged ten, in the back of a pickup; you
with your mother who would not visit
you in the psychiatric hall, although

you did not die there, did
not kill yourself—she paid for
the ticket so you could fly back home.

That bird, he never came inside; I later learned
he saw himself in the glass, so fought
to scare the intruder away.

When I crumple on the carpet before bed,
your hands draw me back to my feet.
Though a full head taller than me, you insist,

Ana, l look at me. You did nothing wrong.
You on the couch, playing guitar.
You by the ocean, counting the waves.

Finnian, I see you. Finnian, I hear you.
The throbbing of that hermit thrush.
Your cyclical, viscous beating.

Click below to view Finnian PDF; use the back arrow to return to this page